» The Resume of Jesus 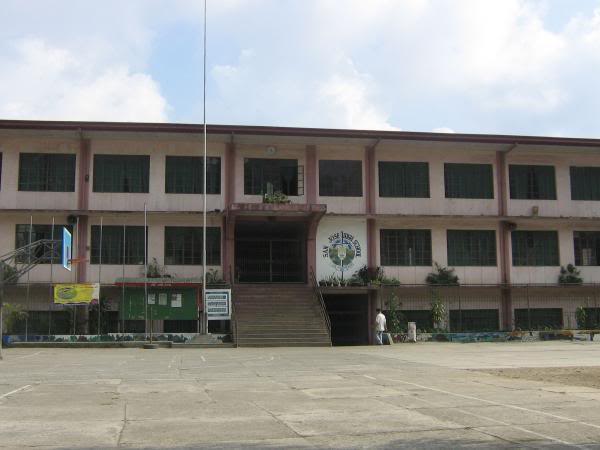 San Jose, Where It All Begun

In 1960, Rev. Fr. John Wageners, CICM was appointed the parish priest of La Trinidad mission. At that time, there was no catholic school yet in the parish. to help in the evangelization of the people, Fr. John thought of putting up one. He contacted Brother Peter Verhaeg CICM who immediately did the plan and the construction of the building which started on March 21, 1964.

After four months, the eastern side of the building was completed. While construction was going on, on august 3, 1964, San Jose High School was formally opened with 101 students, 60 freshmen, and 41 sophomores.

In 1967, 42 students marked the history of San Jose High School as first group to graduate.

School year 1989-1990 was the twenty-fifth year of the institution. During the Silver Jubilee of San Jose High School, 1,037 was the total # of enrollees. This school year was the opening of the San Jose Preparatory School.

July 16, 1990 was a tragic point in the history of SJHS when the killer earthquake damaged the main school building beyond repair. The building had to be demolished, but its not committed zeal for service in Christian Education. Thus, temporary classrooms were constructed on the playground and in the open gymnasium to keep up w/ regular classes. The construction of the new building started in 1991.

Even if the school building and the gym is already finished, the administrators continue to give the school a new face lift. Undergoing constructions are: a new building to house laboratories and audio-visual room, bookstore within the SIHM convent, and the parish-initiated construction of a new church.

This year 2006 is the 42nd anniversary of the foundation of SJHS. Now, there are 32 sections, 8 each year level w/ an average of 57 students in each section. These students are handled by 54 faculty members aside from the rector of the school, the school chaplain and the school principal.

*Establishing an environmentt where one can live in freedom, peace...so that real happiness will be achieved.

*Providing equal educational opportunities for all.

*Promoting the integration of faith, life and culture within the climate of working, worshipping, and witnessing

*Providing an opportunity for awareness

Impelled by the spirit of PCP II (Secondary Plenary Council of the Philippines), the Diocesan Schools of Baguio-Benguet envision to be centers of Integral Faith, Transformative, and Educational formation.

To help realize our vision, we commit ourselves to provide the pupils and students with:

3. Training for the skills competencies harnessing the creativity of the whole academic community towards BEC (Basic Ecclesial Community) and a sovereign Filipino nation among families of nations.